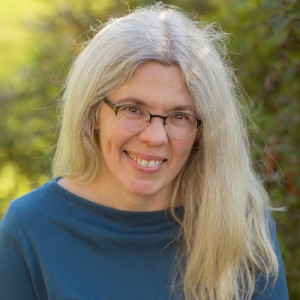 Ruth Lehrer was born in New York City. When she was ten, she moved upstate and ever after has had a split city/country personality. She went to Oberlin College in Ohio and then, solely because she had read too many Marge Piercy novels, moved to Boston. She avoided graduate school by working in a bookstore, doing technical writing, and making braille books. After much pain and tribulation, she managed to stuff a second language into her head, pass many tests, and become an American Sign Language interpreter. She has been interpreting for a long time. Longer than she wants you to know. She also has written copious letters, shopping lists, emails, poems, stories and tweets. She now lives in the country again, in the woods of western Massachusetts, with her partner, Amy.